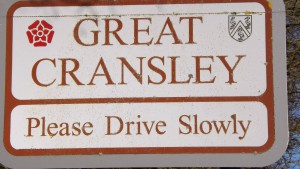 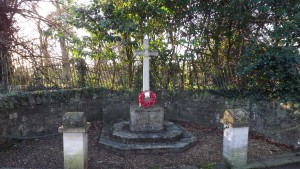 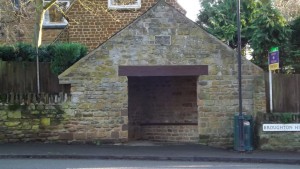 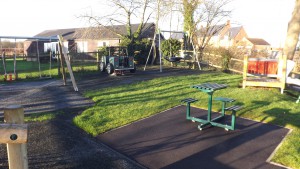 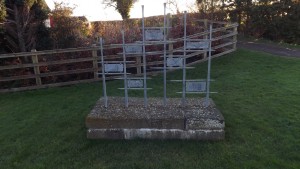 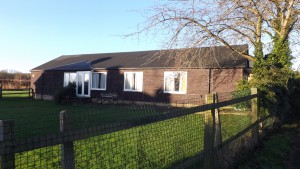 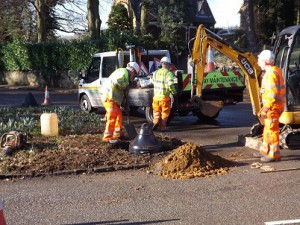 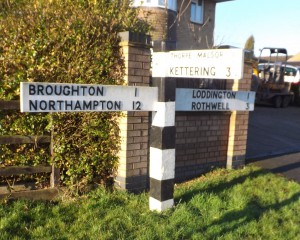 In recent years The Parish Council has carried out various projects including the remodelling of the Village Sign which now includes the Rose of Northamptonshire and the coat of arms of the De Cranesly family depicting the three cranes. The name Cransley is taken from the old English for a meadow in a clearing with cranes. The Village was once in the great Rockingham forest which was said to stretch from the Town Bridge at Northampton to the Town Bridge at Stamford.

The War Memorial commemorates those men from our Village who gave there lives in the service of our country in the two world wars.

The Village Bus Shelter was built in 1985 from stone removed from the old Cransley Mill and built in memory of a Village resident Pat Neal DFC who lived at Cransley Mill farm and is maintained and insured by the Parish Council.

The Village Play Area was completely refurbished with a grant from Mick George in 2014 together with other smaller grants totalling over £50,000 and is maintained by the Borough Council’s on the Parish Councils behalf.

The Village Millennium Sculpture was constructed in 2000 by public subscription and generous donations by two local farmers and depicts scenes relating to the history of industry in our village (More info), this is also maintained and insured by the Parish Council.

The Village hall was built as a memorial for those who gave their lives in the service of the country and is owned by the Parish Council and run by the Village hall committee which is a separate body that manages the hall and grounds and over the last few years has greatly improved the facility by installation of double glazing, new heating system and other facilities. It is also now user friendly for disabled visitors. In the grounds is a planted area and an oak sapling planted to commemorate the Queen’s Diamond Jubilee in 2012 (See pictures of Flower and Veg Show 2014).

The two new bollards on the village green were installed in February 2015 with a grant from the new Borough Council community grant scheme and are designed to prevent vehicles mounting the green and rutting the grass.

The Village Signpost was refurbished by the Parish Council in 2013 after the County Council threatened to remove it as it no longer conforms to modern requirements. The Parish Council decided it was part of our Village History and are in the process of having it listed together with the other black and white signs in the Village conservation area.